Rajasthan is one of the driest states in India characterized by scanty and erratic rainfall and limited surface water and ground water availability. Heavy reliance on 'imported' water from neighbouring states adds to the uncertainty. Barmer and Jaisalmer districts in western Rajasthan are characterized by low to very low rainfall and excessive aridity due to very high temperatures. Thus safe water availability for domestic and production purposes is impacted round the year.

Many children die each year due to water contamination. Waterborne diseases and poor hygiene caused by a lack of water severely harm people's health. Many women must travel long distances to find water and school aged girls are not able to attend classes because of their water fetching duties. In times of drought, these conditions worsen as people must search out more remote water sources to survive.

Rajasthan is a particularly drought prone state in India as it contains 5% of India’s population, but only 1% of its water. On average it takes 50 L of water to provide adequate sanitation and drinking water per person while livestock consume over 20 L of water each per day. For these reasons, water security is at the forefront of KARUNALYA FOUNDATION'S efforts in the Thar Desert. With modern techniques draining aquifers, KARUNALYA FOUNDATION has set out to promote more traditional methods of water security including taankas, naadis, and beris.

In the August of 2022, 2021, 2020 the Thar saw unprecedented rainfall and many areas flooded. Kota, Jhalawar, Dholpur, Jaipur, Bikaner, Jaisalmer, Jodhpur, Dausa, and Baran all saw damage and many homes were entirely swept away while others remained in tatters. Thousands of people were displaced and with time, people began to develop water-borne illnesses due to the standing water. During this disaster, KARUNALYA FOUNDATION rehabilitated over 1,775 families by rebuilding homes, constructing crucial rainwater harvesting systems, setting up health camps, and caring for livestock.

While KARUNALYA FOUNDATION has made many efforts to make villages drought-proof, at times circumstances are so extreme that villagers are still unable to provide for themselves. KARUNALYA FOUNDATION staff distributes drinking water, food, and animal fodder to the communities in times of extreme need. 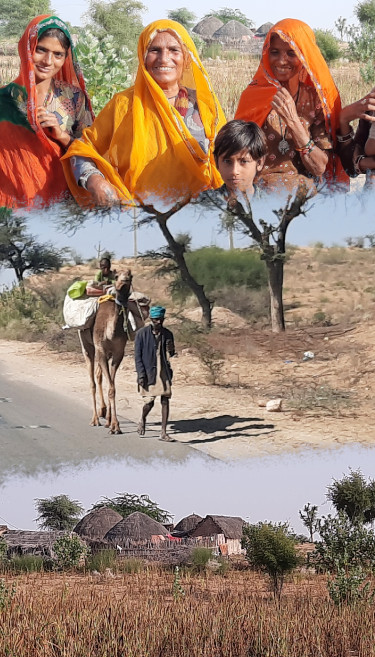